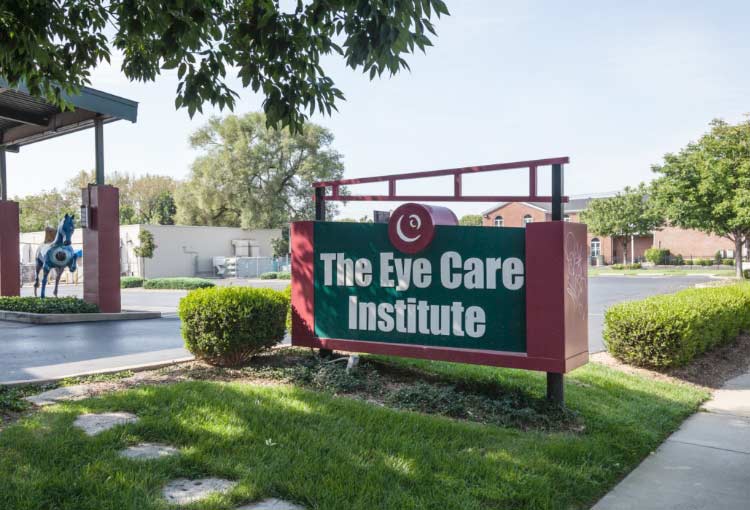 The Eye Care Institute has winnowed down the scope of its previously proposed multi-million-dollar expansion project at its Story Avenue site in Butchertown.

Mark Prussian, CEO of The Eye Care Institute, said the proposed transformation of an old storage warehouse into a clinical research facility will now cost about $1.5 million, rather than $2 million, and will be downsized from 6,500 square feet to about 4,600 square feet.

The warehouse at 205 N. Spring St., which neighbors the Eye Care Institute at 1536 Story Ave., is near a steep slope that is within a 100-year floodplain as well as dips into Beargrass Creek. The cost of a building that would be appropriate for that area would have cost more than $2 million.

Once finished, the clinical research facility will have the same usable space as previously planned but in a different format. For example, the facility will still provide workspace for the company’s providers through two-person shared offices. Professionals visiting because of the trial will have a shared workspace instead of individual offices as well.

The project will use the concrete foundation, roof and structural steel trusses of the warehouse. The building will get new exterior walls and all-new interior walls and fixtures. Interior and exterior construction has been going on for about three weeks.

Michell Allen Ritz Architects from New Albany, Indiana is the architect. Louisville-based landscape architecture, urban planning and civil engineering firm Carman is the engineer for the project. The general contractor is McRae Enterprise of New Albany.

“We decided on a building that fits in with the character and charisma of Butchertown while also being state of the art,” Prussian said. “And, it also directly connects to our Eye Care Institute building on Story Avenue.”

Prussian means that in terms of design and quite literally: The two buildings will be connected by an elevated walkway.

“We’re beginning to create a health and technology campus in Butchertown and I’m quite proud of our future,” Prussian said.

“Our clinical trials business is really, really strong. And I see that possibly doubling to even tripling in under five years. Even in a work-from-home world. I could see us being out of space in 24 months.”

The company manages the health information of about 65,000 active medical charts through its electronic health records system to identify populations of people that would be desired test subjects for pharmaceutical or medical device companies that want to test treatments that are vying for approval from the Food and Drug Administration.

“When you’re dealing with 65,000 people, they end up with every single injury, illness, and condition that is out there, essentially, and that’s all in their charts,” Prussian said. The large dataset allows Prussian to solicit contracts for clinical trials.

Butchertown Clinical Trials recently was awarded a contract for a genomic cancer screening trial. The trials business has participated in 11 trials that resulted in FDA approvals with three more trials pending a ruling from the FDA. The group is enrolling for 10 different eye care trials and three primary care trials.

“Our patients who already know us because they get their eye care from us are quite happy to participate with us,” Prussian said.

The clinical trials group has not yet participated in any Covid-19 research: Eye Care Institute decided it was outside of its forte to care for infectious patients on an inpatient basis. However, it has been selected as a site for a pending research project. Prussian declined to specify the trial.

The practice has also avoided financial fallout related to the outbreak and maintains a 55-employee workforce. The Eye Care Institute received a loan through the SBA’s Paycheck Protection Program worth between $350,000 to $1 million, according to data from the federal government. The PPP loan amount data was anonymized for businesses that received large loans.

Your Partner in Commercial Construction since 2006.